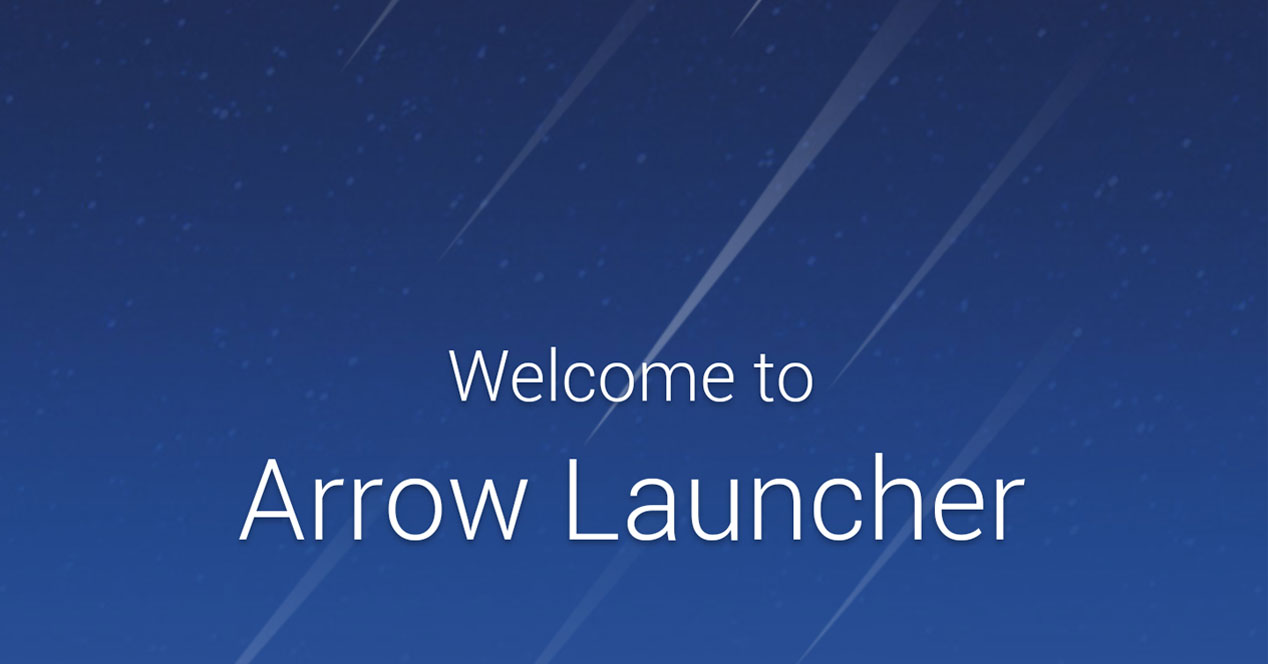 10 days ago we commented on Android Help that Microsoft had published a new development for the Google operating system in the form of a trial version (these are increasingly common). We refer to Arrow Launcher, a job that comes to change the appearance of the interface of the phone or tablet in which it is used. Well, given the curiosity that this generated in me, I decided to try it to see what it offers and if the work of Redmond is worth it.

First of all it is necessary to indicate that the version that can be installed, something that we comment here, Is test (beta), so the feelings and impressions I have obtained cannot be considered final, but they are an excellent touchstone to establish whether Microsoft's Arrow Launcher is a worthwhile development at this time and possibly in the future .

Regarding the installation, right now there is no problem and this is done without problems with the existing APK to be downloaded. As of today there is no version in the Play Store (but there will be, since if the option Update is where the user is redirected from the job itself), so you have to do this manually and activating the Unknown sources option. The fact is that there is no fault and the application is installed as such in the terminal -in my case a Galaxy Note 3- and, when executing it for the first time, Arrow Launcher can be set as the default interface. Everything simple and intuitive.

Leaving aside that Arrow Launcher is in English, something normal in a trial version, the feeling you get when using it at first is that lack of space... the widgets cannot be contained and there are only two additional desktops to the main one, little for those who are used to having many icons in view (by the way, some icons such as the Gallery or the Camera change, and the appearance is striking , I like it). After a day, I get used to using Arrow Launcher, the truth is that you gain some ease when using the phone. But, the truth is that the feeling of little space remains. 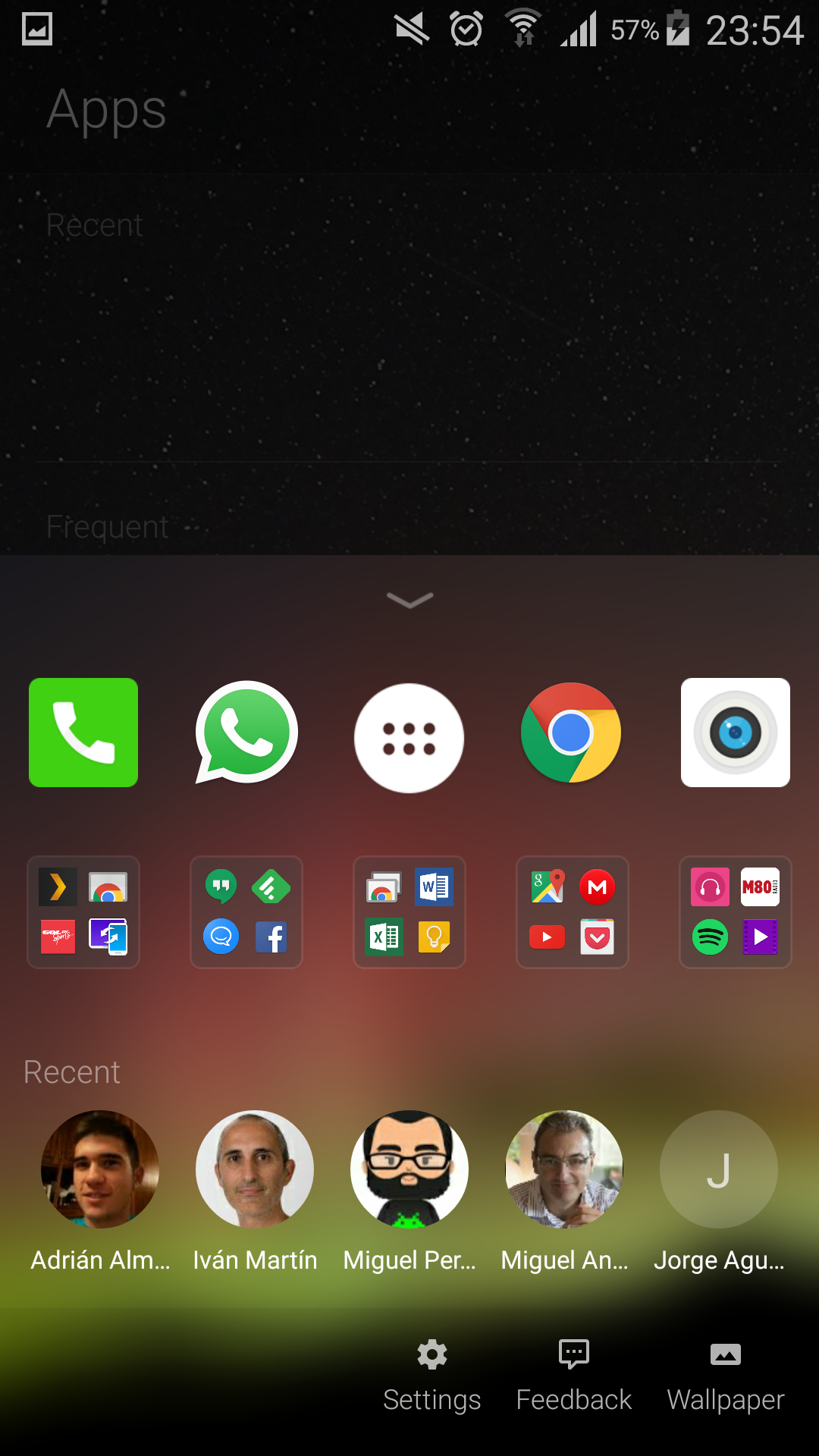 This is not completely corrected with the drop-down in which it appears by moving the existing arrow up. Here it is possible to see the icons that are fixed in the lower part (now they are in the upper part) and up to five folders can be closed in which to store icons. It is very useful, but again insufficient. By the way, when using the access button to all installed applications, the list appears in alphabetical order with quick access on the side. This does seem like a success to me. 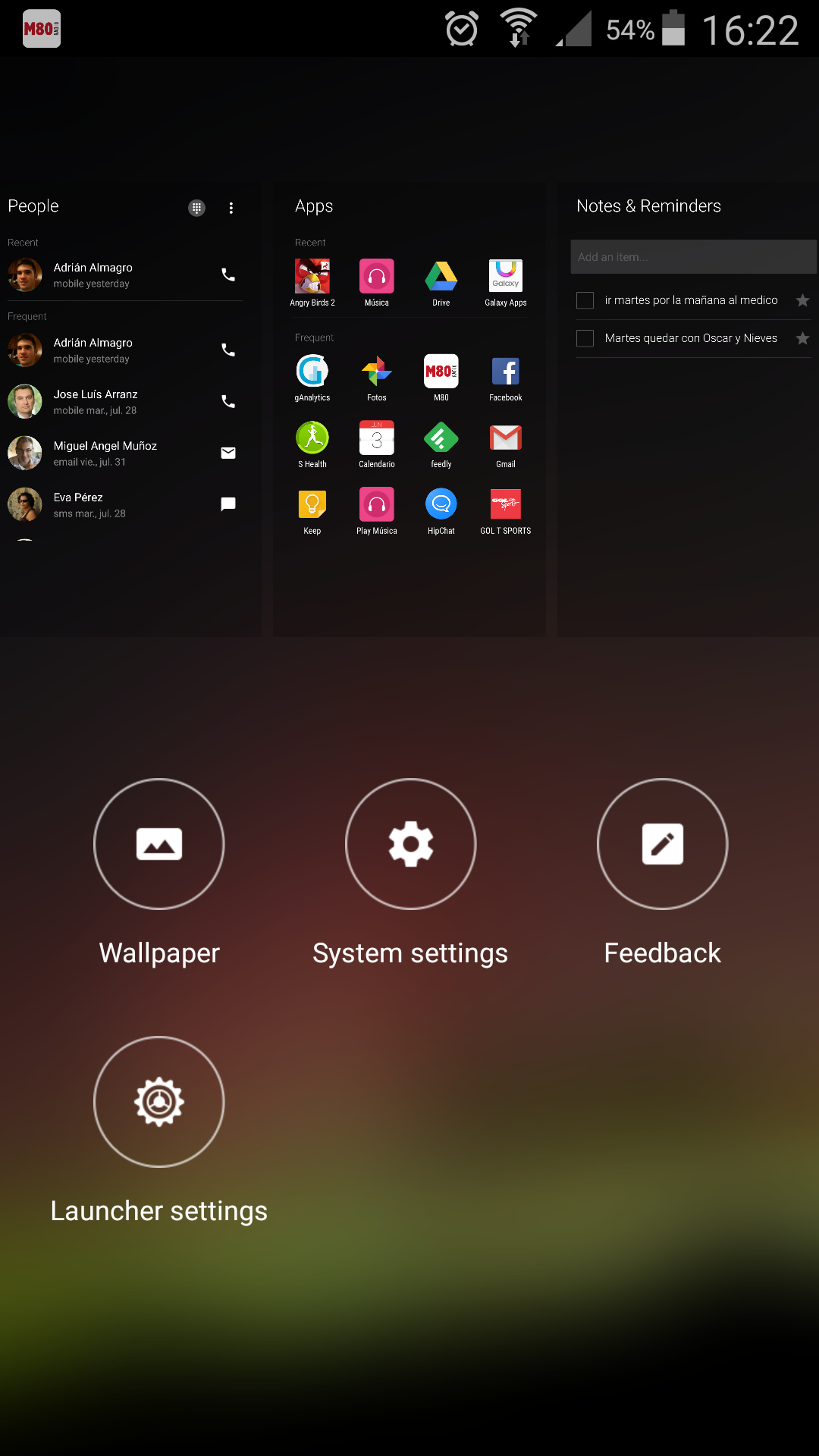 A detail that is very important about Arrow Launcher is to take into account the actions carried out recently. Thus, in the same drop-down mentioned before appear five contacts with whom have interacted lately and, on the main desktop, there is an upper space reserved for the four applications that have been run last. This is appreciated from time to time, but not always helpful.

What does seem like a total success to me is the central space of Arrow Launcher on your main desktop, since here you can see the most used developments and, therefore, it is always possible quickly access them (The rest could be transferred as a widget to other user interfaces, really). In my case, the optimization achieved by this was great, and I think the best of this work from Microsoft.

The other desktops and settings

The desk on the left is reserved for contacts, where there is a list with those who have called or sent a message lately and, of course, it is possible to access the dialer and the complete list of contacts using the icons on the side higher. You learn to give it use to this desk, but the truth is that it is not very relevant at first. 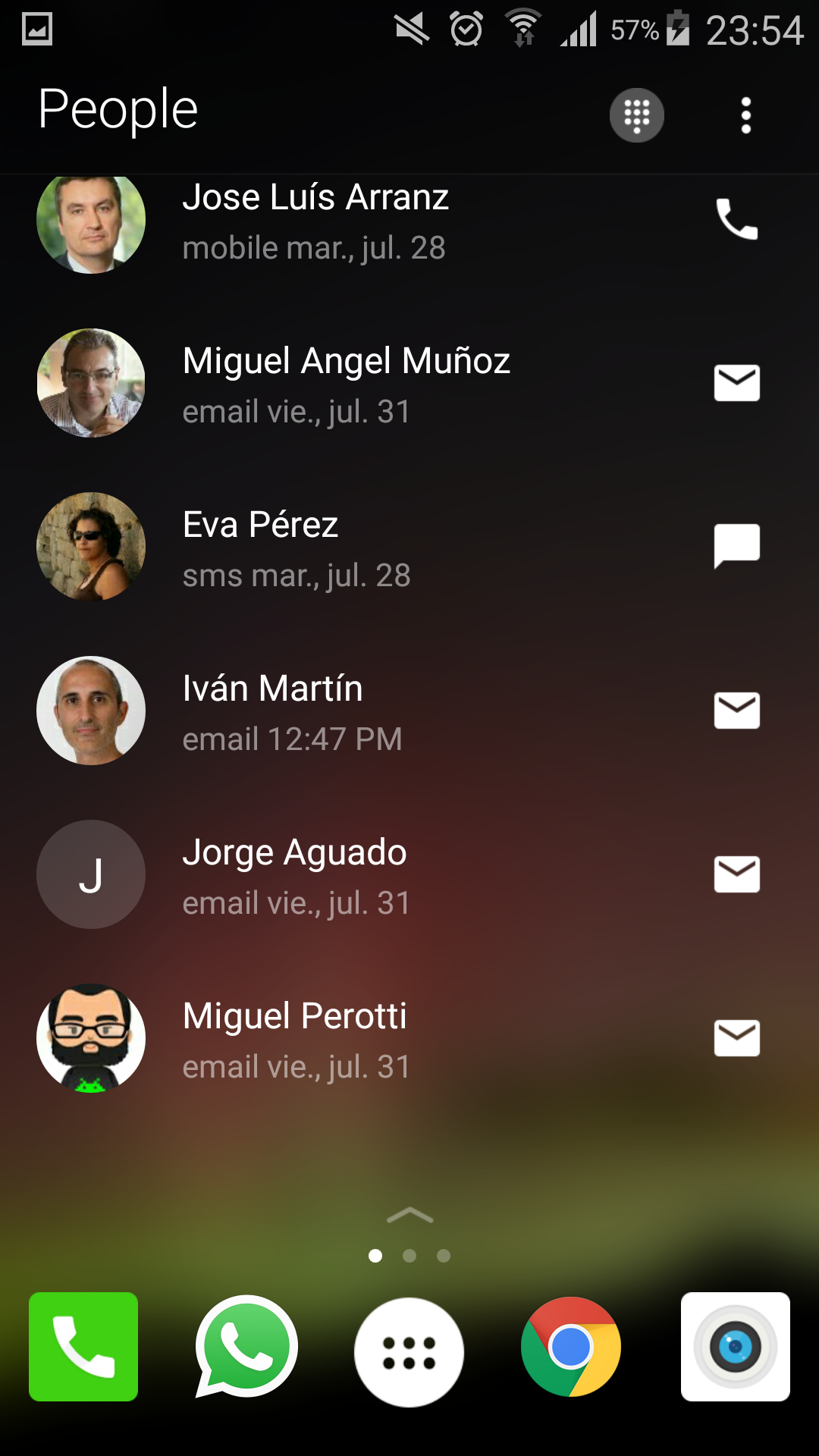 The one that I don't see much sense for is the one on the right. It is to show pending tasks, and the truth is that if you are not one of those who scrupulously keep a list of these, the use that is given is practically null. I think it would be better to change it and offer something much more used for users, such as multimedia or news actions. There are many possibilities, but when it comes to homework, I don't see the truth.

At the moment the configuration options are limited (perhaps with the passage of time there will be more possibilities). Accessing these is done by displaying the aforementioned lower help where there is an icon. Today there is the option of setting Arrow Launcher as the default "Launcher", managing desktop wallpapers (where there is the possibility of using the Bing diary), creating a list of applications that you do not want to see on the main desktop and, of course, being able to enter the system Settings. It is correct, but they do more options are missing, such as managing transitions or managing icons or contacts. We will see if this progresses. 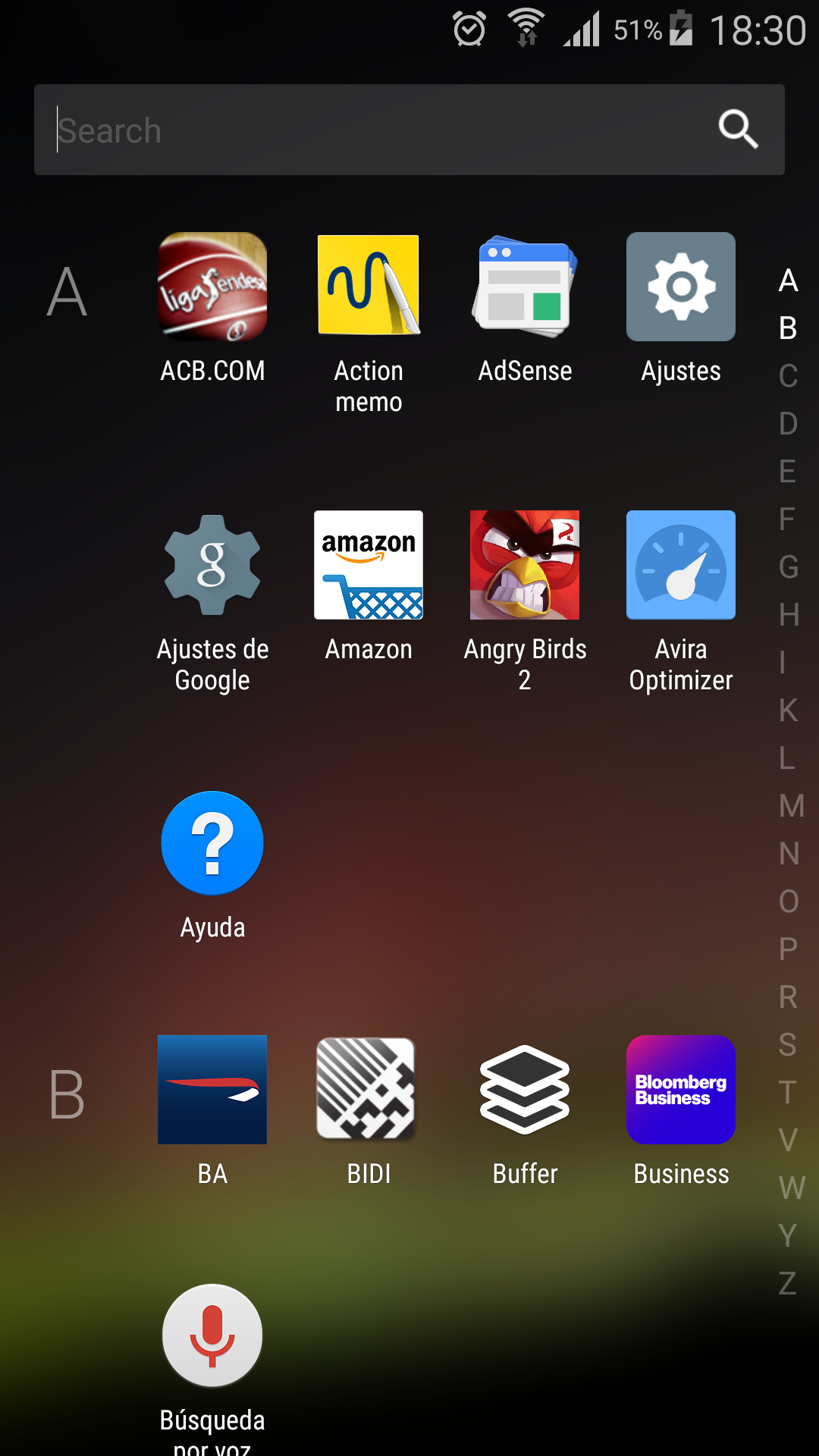 This is something that normally improves, but today, at least in my case, I noticed that some "lag" appears in the operation of Arrow Launcher. In other words, the integration with the operating system remains to be polished so that this does not occur. For example, when opening an application it takes a little longer than usual and even when moving from the desktop it sometimes "gets stuck". Microsoft has a lot of work to do here. By the way, the use of the S Pen is not a problem in case you are curious.

La stability, yes, it is perfect. At no time do the running applications close or the Arrow Launcher itself becomes unstable. Therefore, in this section Microsoft has already done a great job, and the starting point in the trial version is really good. 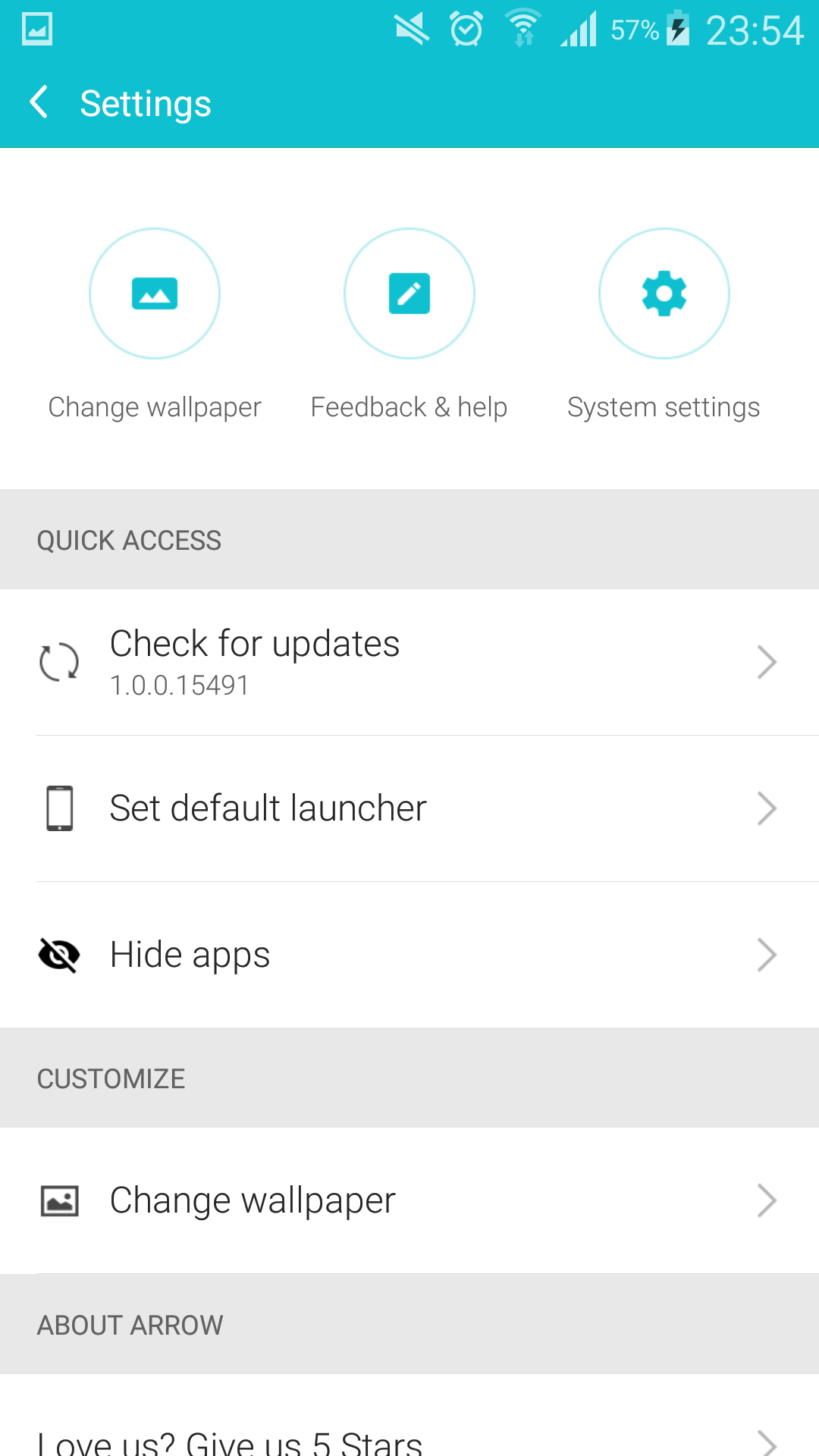 In short, right now it is clear that Arrow Launcher needs to evolve, and that is what it is, but there are things that need to be changed. For example, the usefulness of additional desktops (which should offer more options and the user should select the one that best suits them) or offering more configuration options to customize development. A good start, but only that and, if it is not changed, it will not be able to stand up to other Android Launchers that already exist today.

Full path to article: Android Help » . Launcher » We have tested Arrow Launcher and it needs to improve (quite a bit)