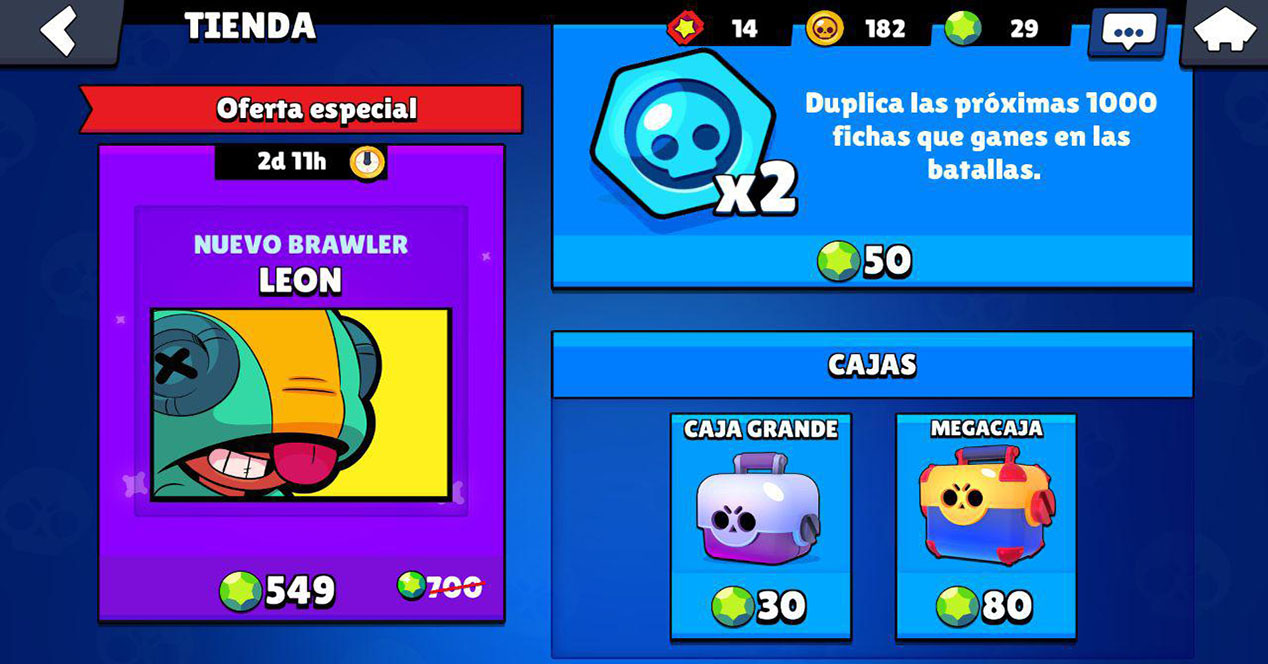 Our coins and gems are the only two in-game currencies that can be purchased for real money in the latest title of Supercell, same method that follows Clash of Clans to level up. We speak, of course, of Brawl Stars. Although in the early stages of the game getting these items seems like a simple task, as you level up the prices of unlocks and power upgrades they also get more expensive, so you will realize that it is best not to spend at random . If you want to have a series of tips to earn these coins and gems faster in Brawl Stars, keep reading.

La economy in Brawl Stars it seems, unlike the lag in games, very well resolved. Not only in terms of the possibility of farming resources with which to improve your brawlers, unlock their star powers or continue leveling up: the game progression It is so defined and well rewarded that it invites you to play game after game, turning the Supercell MOBA into an addictive title with several game modes. 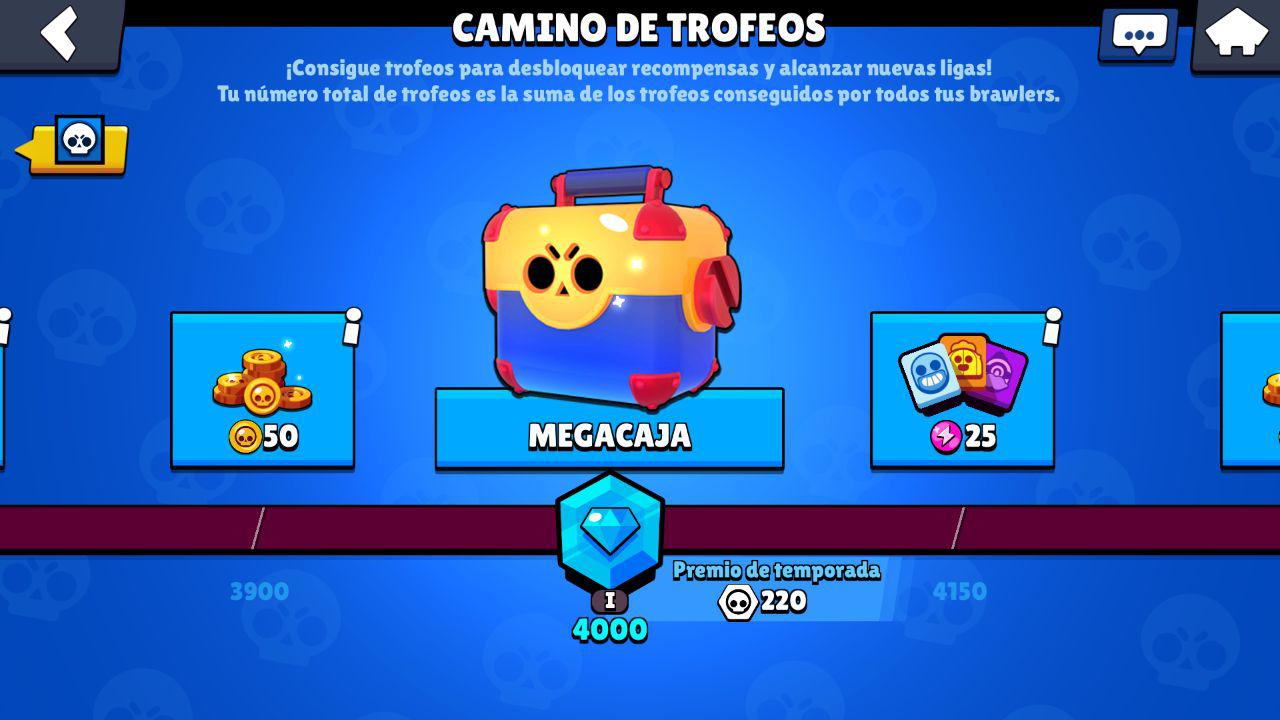 If you are playing Brawl Stars in Android You will have verified that you have the possibility to buy with real money both packs of gems and coins, as well as lots of rewards for reaching certain levels in the trophy progression (5, 10, 15…). With the tips that we bring you next, you will not have to put a penny and you will continue enjoying the game without any frustration.

How to better manage coins and gems in Brawl Stars

Coins and gems are used primarily for level up your brawlers strength. In order for your brawlers to level up, you must first collect several points of force. These force points are looted on the Brawl boxes. The bigger the box you open, the more chances you have of getting more Brawler Points and for different Brawlers.

It should be borne in mind that the store puts on sale every day the direct sale of power points in exchange for coins. We recommend that do not buy these strength points with in-game coins, it is advisable to save as much as possible. The cause is very simple: when you gather enough strength points to improve a brawler like Spike or the new Colette, the game requires a certain amount of coins. This amount is higher the higher your brawler's strength level is. 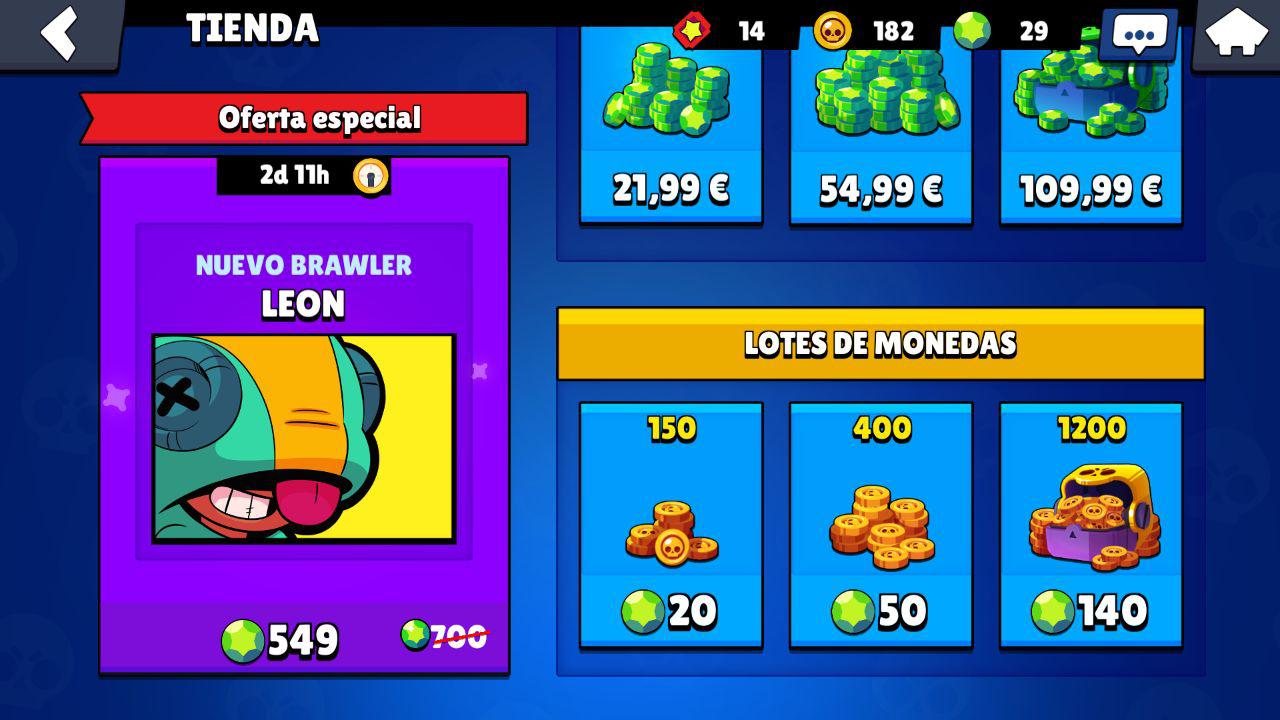 In this way, it is more advisable to gather the strength points by opening boxes (you get one for every ten tokens, which are obtained by playing several games in different modes), increasing the experience level and going up in the trophy progression. With ten stellar chips (a day you can get at least 4 or 5, since it is one daily for each game mode played) you also get a large box. Then there is the Brawl megabox, which is a box with a high percentage of rare loot and that also includes more rewards.

As we have already said, it is better save coins and get strength points for the brawlers just through the boxes. Thus, when you collect enough of these points, you can pay with what you have been saving in in-game coins without putting a euro.

As you can see, to be able to overcome level eight of a brawler's strength and rise to nine, 550 strength points and 1.250 coins are necessary. Doesn't it seem like you have enough anymore?

Get gems in Brawl boxes

Gems are the luxury coins in the game and getting them without having to pay with real money is not complicated, although it requires Patience and perseverance.

As in previous occasions, the gems are obtained through loot boxes and once again the mega boxes are the best options to collect a few. These Mega Boxes can only be obtained in the Trophy progression, so it's not actually worth buying Big Boxes or real money deals from the in-game store. 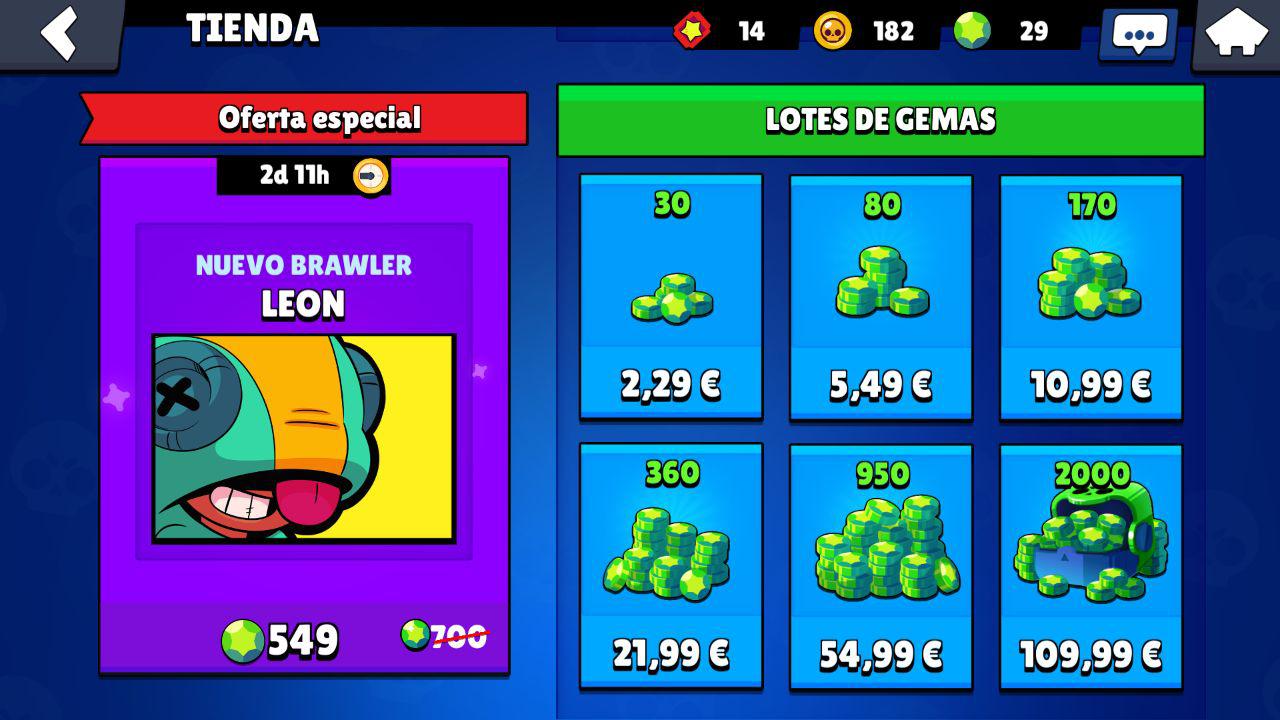 Except for the common Brawl Boxes, where you get 3-6 Gems on an exceptional basis, Large Boxes and Mega Boxes are more generous with these Emeralds. Again, better not to spend compulsively: if you do not get a brawler (the last one that you have left to unlock!) You will have the option to also buy it in the store for a large quantity of these jewels.

Full path to article: Android Help » Games » The best way to get and manage your coins and gems in Brawl Stars