What better way to start 2019 than with many good intentions and a change of look? This is what many developers who have offered in the Play Store their free icon packs, now, but for Limited time. We have done a review so that you can choose which icon pack will dress your device Android in the first bars of next year, and if you don't know how to change these icons, don't worry, we'll explain how to do it.

All Android terminals have a default launcher and by default, although in the Play Store there are several interesting alternatives. A launcher is the program that the system runs to determine what interface will present your device. On phones and tablets that run the Google operating system, the most common is to access the launcher by holding down your finger on an empty space on the desktop or looking for the option or the app in your tab. Settings.

However, installing a alternative launcher it does not suppose any headache. Just go back to the Play Store and choose the one that best suits your needs. In most cases, these will include among their configuration options if you want to run them by default and not the predefined system interface. Obviously, as long as it is one that is in the Play Store and has many positive reviews, it will be an app that you can uninstall whenever you want and thus return to the old interface from your phone.

One of the users' favorite launchers is the Nova Launcher, which has the option to mark it as the main launcher on your Android and is already an interesting facelift for your terminal. However, there are other launchers that are worth considering, how is the Apollo Launcher, Lunar Launcher, West Pixel Launcher That turns your terminal, no matter what layer it runs, into a device as close to a pure Android.

Most of these applications, by their nature, are present in the Play Store. But you can always look for them in one alternative store (the other day we recommended several) or have a file APK of trust that install directly in your terminal.

How to change the free icon packs in your launcher

On Nova, once we activate it in its own app we can rotate between this launcher or the predefined mobile one. If you are inside the Nova interface, you can open the app Nova settings and (in addition to selecting the default Launcher) choose the icon theme. It is also the case that the list of free icons that we detail below have the possibility of activating themselves with the installation that is done on Android, and even includes a list of compatible launchers (Nova is in all).

The free icon packs for a limited time for your Android in the Play Store that we have found are the following. 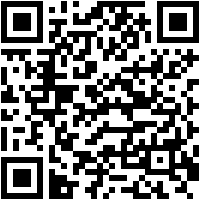 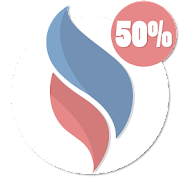 Full path to article: Android Help » . Launcher » Change the icons of your Android with these packs that are now free