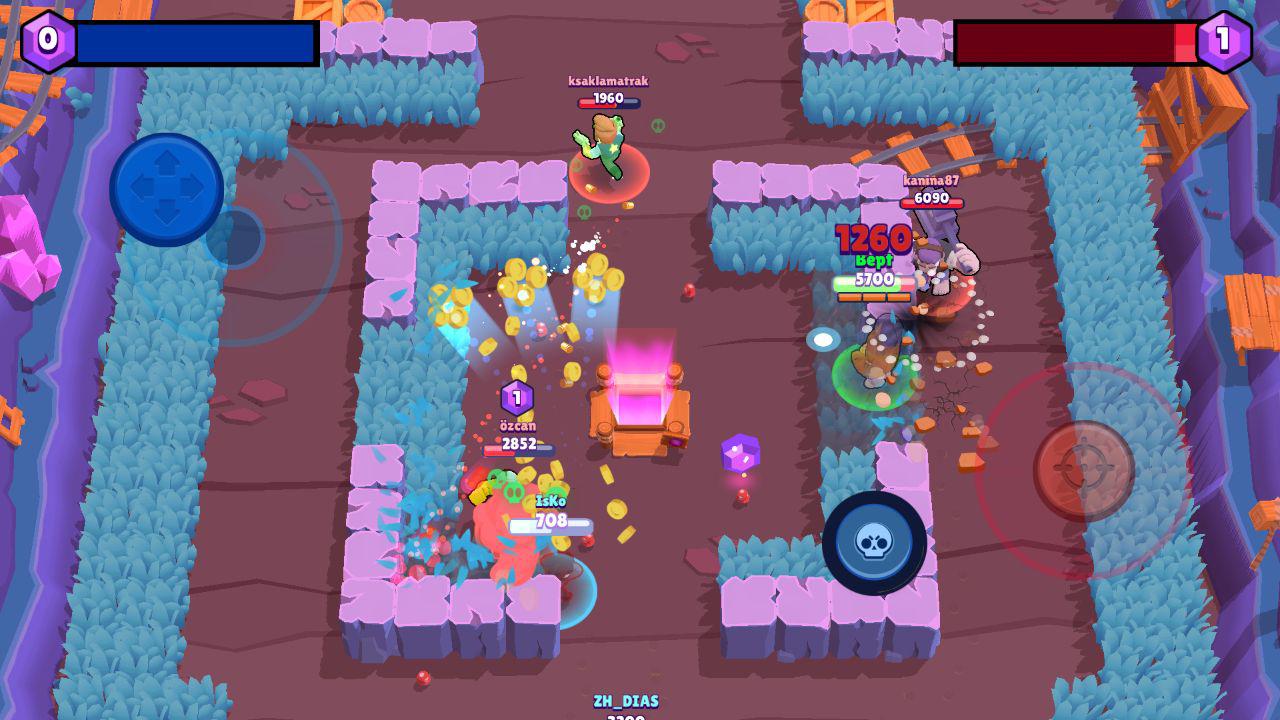 The latest Supercell title for mobile Android it continues to spread and there are more and more new players in this MOBA that moves all the action on the board of titles such as League of Legends to the touch screens of your terminals. Although it may not seem like it, it is a fairly complex game. With these tips you will better understand its mechanics and you will be able to take your first steps to be a professional in BrawlStars.

Don't use the self-timer too much

Although one of the first things they tell us in the Brawl Stars tutorial is that we can shoot the closest enemy simply by pressing the right stick, this is no guarantee that you will be right. Although it sounds like a truism, it is important to note that it is a lot better do manual pointing with control.

The scenarios can be diverse: an enemy may take eight gems and have less than 500 health points left while another opponent is hitting you with a brawler of short distance as Collete. If you press the button desperately you will see that your character shoots the one who may have already won your hand while the rival team takes a good handful of gems to their base with which to have the victory closer.

Another important point is that using auto-aim or self-shooting implies that you shoot on many occasions against the walls: This is because the game calculates the closest enemy by distance in a straight line without taking obstacles into account. Thus, it is very possible that on more than one occasion you are in the middle of a brawl and you realize that you are shooting at a wall when the opponent who really puts you at risk is a little further away. This brings us to the next point…

In every sense. As we said, using the walls to cover yourself from an enemy is one of the best options. If there is an opponent who has the possibility of taking long shots, no matter how much you run in a straight line, you will not get anything. It runs in a zig zag, run away when your life is low, and if you want to be extremely careful, take advantage of the corners and walls of the map to gain a few precious seconds.

On the other hand, if you have a brawler who acts as a tank, the most useful option is usually to take advantage of a corner or an obstacle. Bear in mind, of course, that there are walls, in game modes such as Brawl ball or Heist, in those that these obstacles are destructible. In fact, in case you are playing a Brawl ball match and the result is a draw, you will find yourself with an extension in which all the obstacles on the map have disappeared. Destroy the walls It will always be a good option to access the goal or the enemy safe. 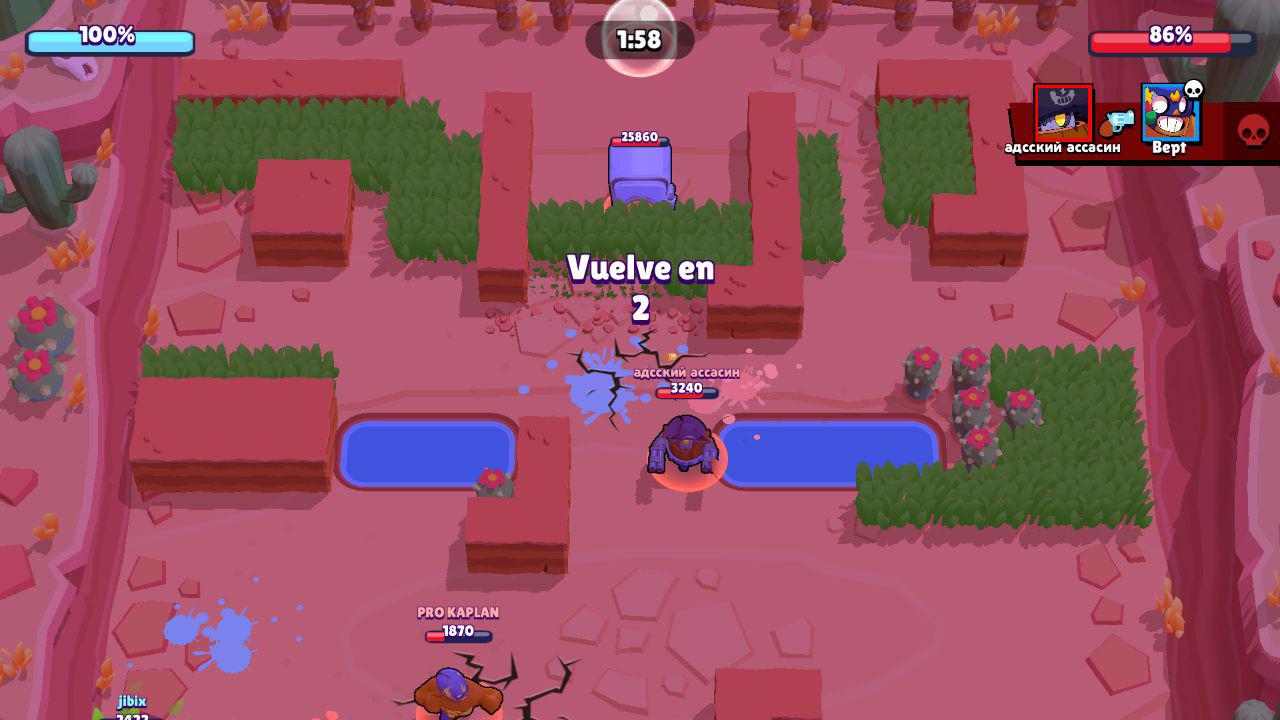 Take care of the cadence of your shots

It is not advisable to drop your three shots in a row unless necessary: ​​sometimes it is better to shoot, reverse, go back and shoot than to unload three shots in a row that you don't have to accept. In this way, watch the cadence of your shots because you already know that as soon as you shoot you need to reload the weapon and in those seconds you are literally sold.

Brawl Stars maps are tiny. So far so good. But it doesn't make sense that the characters are constantly fighting for the center of the board. Not at least when the objective is in the opposite field; be it a rival with too many gems or a safe. The best thing is to hide often in the jungle and try to surprise or use it to try infiltrate behind enemy lines.

Hiding in the jungle is also useful for setting traps when enemies are beating your teammates in the center of the field. In addition, it is very satisfying. On the other hand, yes you have lag during the game, something that can be frequent, the bushes can be your allies to protect you while you regain the connection.

The basics: work as a team

It seems a truism to say it, but it is fundamental. If you don't work as a team in this game, you are lost. That does not mean that you are constantly next to your companions; that would even be counterproductive since if an enemy had an area attack you would both be damaged.

Working as a team in Brawl Star involves know the role of your character. If yours is a tank go first to the front, if it is a sniper fire containment so that your teammates can meet the objectives. If you have a special attack that heals your teammates, use it. 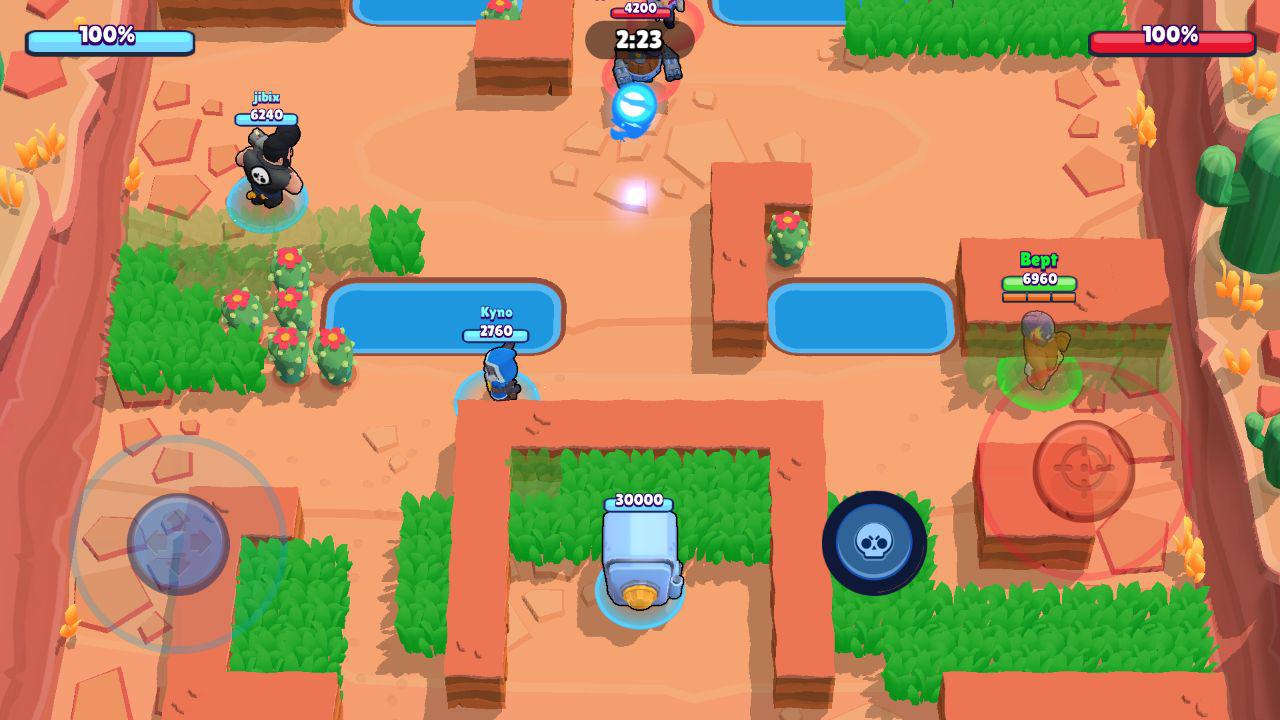 And also assess your ability to achieve the goal. If the objective is to break the opposing safe or to score a goal in Brawl ball, do not linger in fights. Here there is no ratio of deaths / deaths to brag about: the thing is not about killing, it is about winning. This implies that if an enemy has too many gems, he will be a priority target. Don't let other brawlers entertain you along the way.

The same happens in the case that you are the one who has too many gems. Sometimes it is even better to die and drop the gems on your field so that the gems are divided among your companions. But if that is unlikely to end well, ensure your victory: if you have more than ten gems and the opponent has less, go back to base and hide. Your colleagues will thank you. If you have a dozen gems and you throw yourself in the opposite field, you are not playing the hero: you are making the game easier for your rivals.