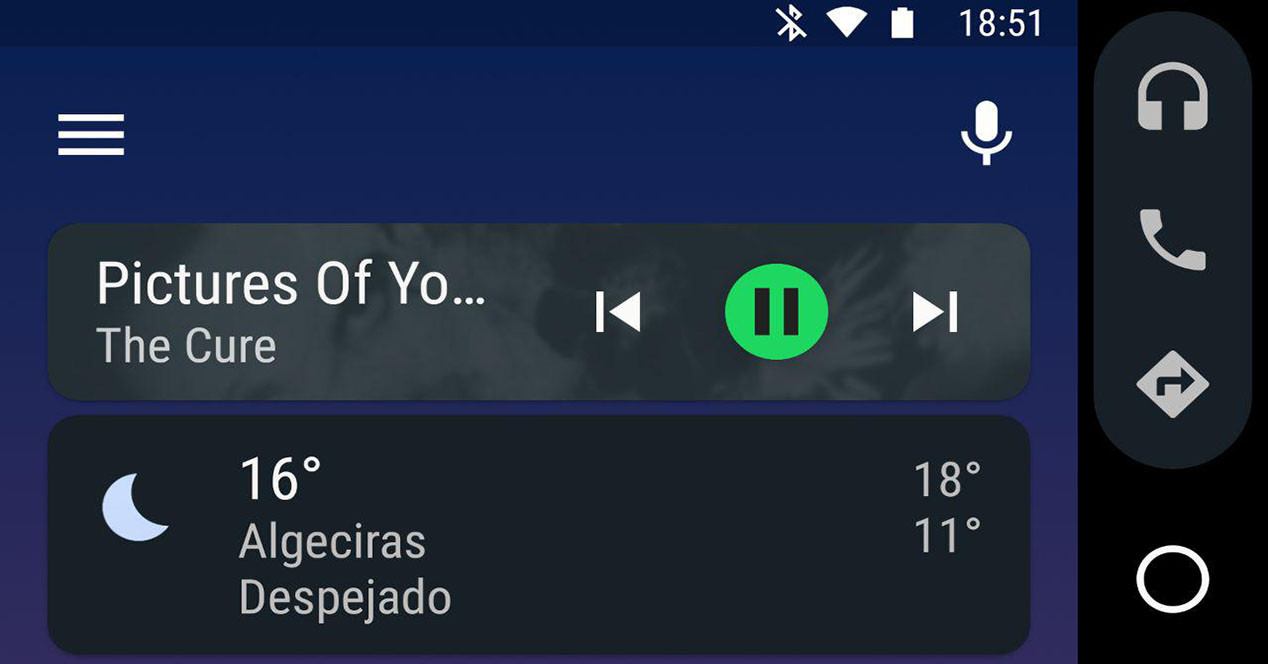 Android Auto, the official Android app for road trips, has implemented a few improvements this week that make it one of the best options for drivers. They are slight but they are several, with which we go on to detail them below.

The operation is similar to that of a launcher; and turns the terminal into a device where icons are more rudimentary, large and easy to operate while driving.

Although you already know that it is recommended not take your eyes off the road for a second, with Android Auto and the integration of google assistant it's easier than ever to make or receive phone calls, send messages, or use apps like Spotify with simple voice commands.

However, there were a series of minute details that puzzled the community of users of this application, so in recent days Google has been updating Auto with various improvements.

Those of Mountain View have announced the integration of the new application of Podcast that the big G has developed to compete with Apple Podcasts and iTunes. Although through Android Auto you can connect various apps that serve as 'sources' (among them, iVook, for example), the truth is that having native apps from Google is usually a solid and versatile option.

Improvements in the indicators of active apps´

If we were talking about sources and applications for Android Auto, we must remember that the app works by establishing a series of apps as references or default apps when executing various commands (listening to music, listening to a podcast, for example).

It is a practical utility but one of its drawbacks was that, until now, in the list of compatible apps, Android Auto did not mark very well which was the app that was at that moment was marked as the default application.

In upgrading to your version 3.9 This has been improved, and from now on in the list of applications one will appear shaded in a lighter gray or circled in green, which will indicate that this is the default app or the app that is active.

In this way, when you start driving, configuring Android Auto will be a much easier experience than it was until now.

It was at the end of November when we received the previous version of Android Auto, 3.8, which included among its improvements the possibility of seeing the previews of the messages transcribed by the audio and introduced new mechanics precisely in terms of connectivity and messages in the interface of user of this increasingly popular app.